The Beach Girls & the Monster on Strange and Silly Movie Weekend

Oh you bet you're gonna wish you went to film school after you see this!

I mean who didn't dream about making their own beach monster movie?! It just doesn't seem fair! Here's what WiKi had to say about this almost cult classic

The surfing footage, used for the scene where Richard runs a film for Mark was shot by one of the most prolific surf filmmakers of the 1960s, Dale Davis, who produced Walk on the Wet Side, Strictly Hot, and the landmark The Golden Breed. For some release prints, the footage was printed in color.
According to the trailer for the film, the dancing girls seen in the movie are "The Watusi Dancing Girls" from Hollywood's Whisky a Go Go club on Sunset Boulevard.[1]
Most of the interior shots - specifically all those of the Lindsay home - were shot at the West Los Angeles (Brentwood) residence of Henry and Shirley Rose, friends of the producer, Edward Janis. Shirley Rose was also the film's art director. The office scene was shot at the business office of Henry Rose.
All the sculptures and the 'Kingsley the Lion' puppet used in the film, were created by the actor who played Mark - Walker Edmiston, the host of "The Walker Edmiston Show", a children's television program in Los Angeles that featured puppets of his own creation including 'Kingsley the Lion. 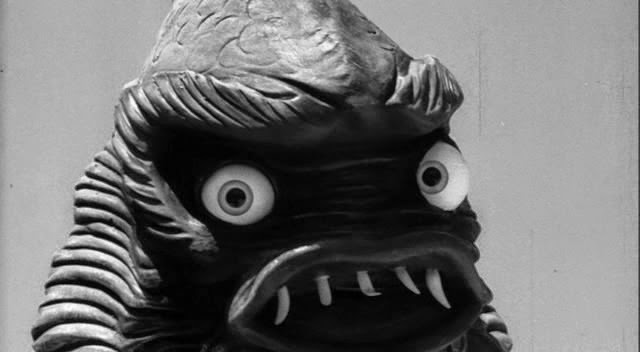 The score for The Beach Girls and the Monster was arranged and conducted by Chuck Sagle, and a few of the musicians assembled for the soundtrack were members of the surf band The Hustlers (who are known for their songs "Kopout," "Inertia" and "Wailin’ Out") from Riverside, California.[3] In the book, Pop Surf Culture, written by Brian Chidesterand Dominic Priore, the soundtrack of The Beach Girls and the Monster "has got to rank up there among the best … no fewer than 13 different sections of full-bore, deep-reverb tank surf instrumentals throb the soundtrack". The theme song, titled "Dance Baby Dance," was written by Frank Sinatra, Jr. and Joan Janis, and produced by Edward Janis. Arnold Lessing, who plays Richard, wrote the song he sings in the film, "More Than Wanting You." Walker Edmiston and Elaine DuPont, who play Mark and Jane respectively, wrote "There's a Monster in the Surf." 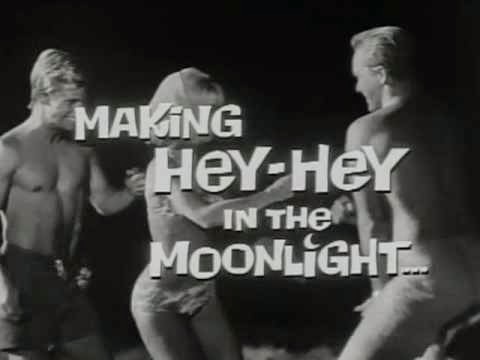 Enjoy this B Movie like you would if it was your own!