Revenge of the Virgins on Strange and Silly Movie Weekend 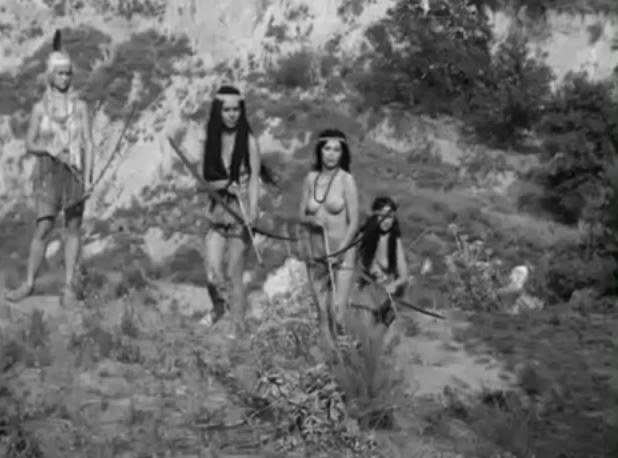 Movies that make you say, wtf?

Revenge of the Virgins is a 1959 American nudie cutie film directed by Peter Perry Jr. aka Bethel Buckalew. It is a bizarre western nude film in which a tribe of topless female Indian warriors guard a treasure against trespassers. Tenderfoot Burton and his wife join forces with an old prospector to search for the rich gold strike of which the old-timer claims to know. Along with a couple of no-account gunslingers, they ride deep into the mountains to find the gold, unaware that the treasure is guarded by an all-female tribe of deadly, beautiful, and topless Indians.

Sounds Delightful! Let's check it out!