Invasion of the Bee Girls on Strange and Silly Movie Weekend 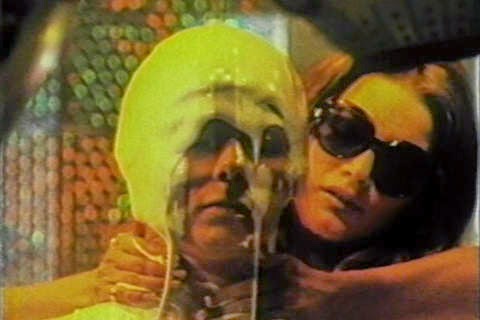 Also appropriately re-titled "Graveyard Tramps" in the U.K., this too bad to even be a B Movie will make you wish you went to film school! 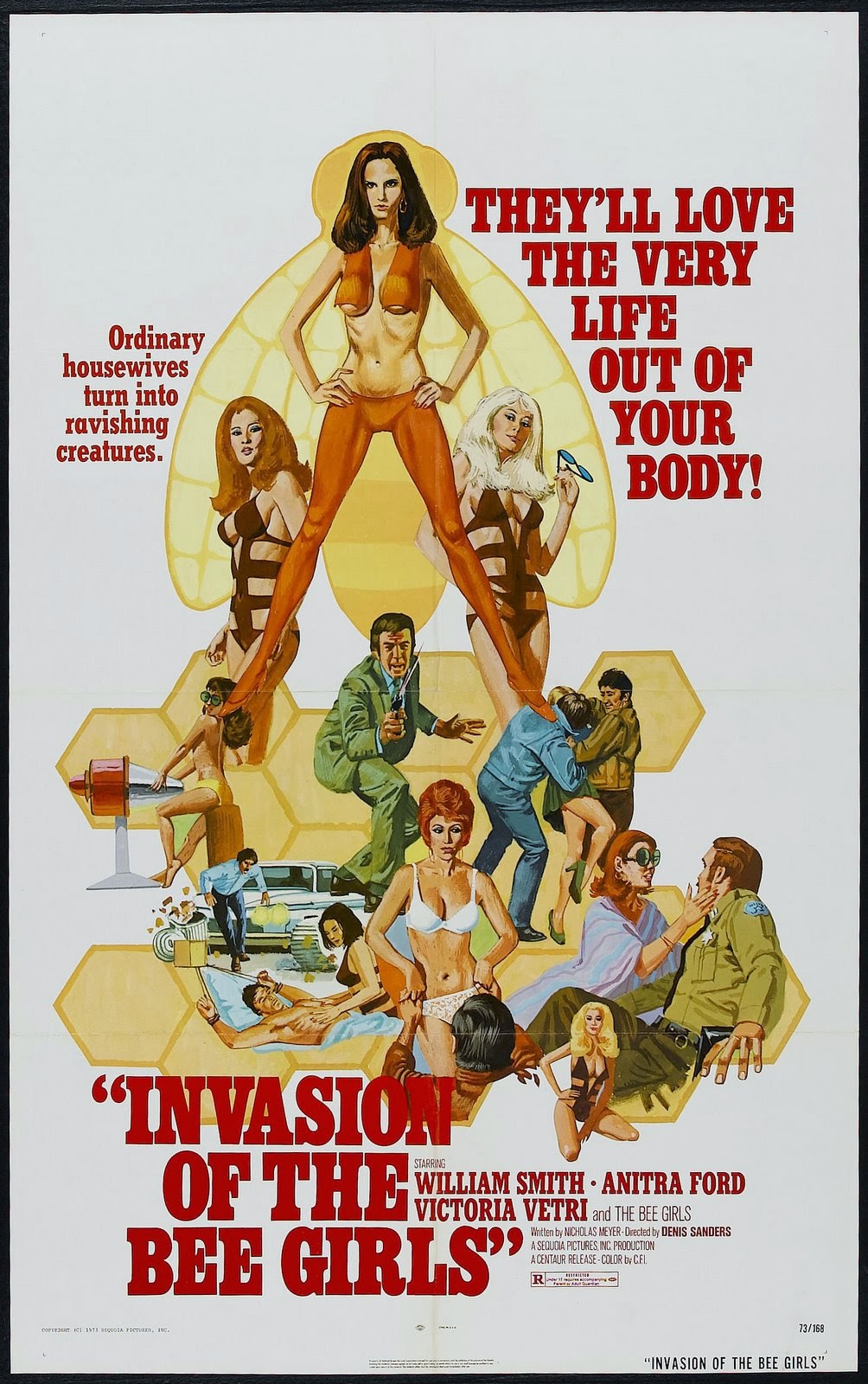 I was actually surprised that there was a WiKi page for this! Here is their brief summary of the movie~

The premise of the movie is that a mad scientist (played by Anitra Ford) has created an army of beauties who seduce men to death. One by one the male victims are killed before the local police catch on to the plans of the infested females. Neil Agar, a special agent with the State Department's Office of Security (the predecessor of the Diplomatic Security Service), is dispatched to Peckham, California to investigate the death of John Grubowsky, a bacteriologist working at government-sponsored Brandt Research. Quickly making the acquaintance of the laboratory’s head librarian, Julie Zorn, he begins interviewing the firm’s leading scientists, many of whom have reputations as sexual players. His investigation is soon complicated by a growing number of deaths, all men who died of congestive heart failure caused by sexual exhaustion.

Faced with a rapidly escalating body count, the local sheriff, Captain Peters, holds a town meeting at which the laboratory’s leading sex researcher, Henry Murger, urges the town populace to practice sexual abstinence – an idea greeted with derision by the locals. Neil and Julie arrange a meeting with Murger afterwards to discuss his theories as to the cause of his deaths, only to see him chased down and run over by a car with an unseen driver. While investigating Murger’s home in search of clues, Neil discovers a secret room concealing sexual paraphernalia and Murger’s gay lover, Joe, who informs Neil that he saw Murger driving off with an unknown woman prior to his death.

Watch if you dare!