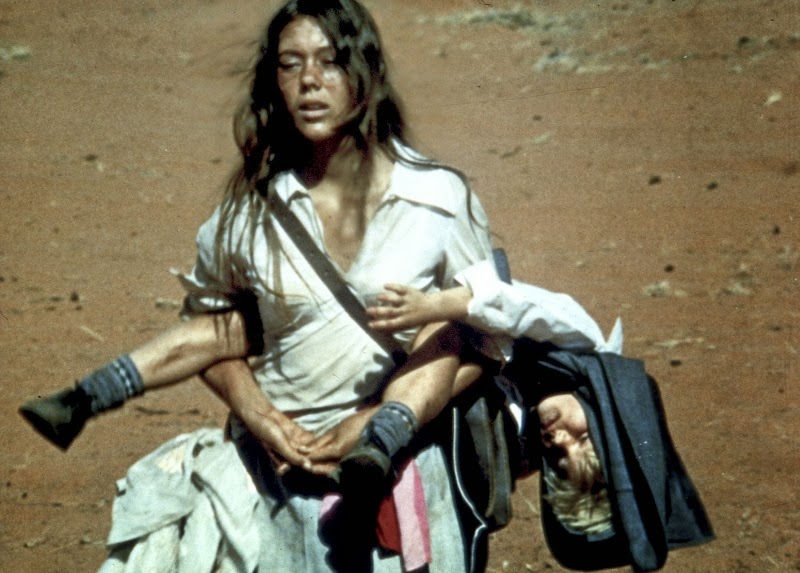 I really didn't know how to title this blog, I only knew that for some reason this film resonated with me this month, I think I thought it was actually in South Africa, but I was happy to see it was set in Australia since the Xanaland familia has friends there right now. I also think it's a good film for spring and yet set apart from all the depressing IRA movies we all tend to watch in March, I mean you can only watch Boondock Saints  so many times! 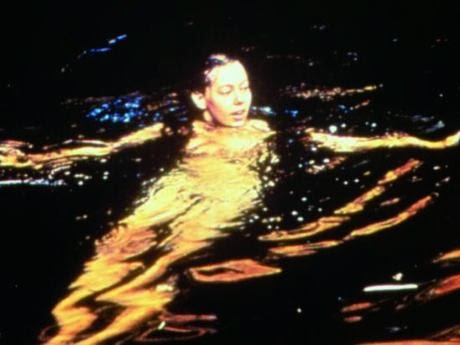 I remember my mom taking me to see this in Las Cruces New Mexico at the student movie house. I was fascinated.

The plot: Via WiKi~

A teenage schoolgirl (Jenny Agutter) and her much younger brother (Luc Roeg) become stranded in the wilderness after their father (John Meillon) goes berserk. After driving them far into the Australian outback for a picnic, the father suddenly begins shooting at his children. When they run behind rocks for cover, he sets the car on fire and shoots himself in the head. The girl conceals what has happened from her brother. After salvaging what she can, the pair head out into the desert.
By the middle of the next day, they are weak, and the boy can barely walk. Discovering a small water hole with a fruiting tree, they spend the day playing, bathing, and resting. Next morning, the water has dried up. They are discovered by an Aboriginal youth (David Gulpilil); although the girl cannot communicate with him, her brother mimes their need for water, and the newcomer cheerfully shows them how to draw it from the drying bed of the oasis. The three travel together, with the Aborigine sharing food he has caught hunting. The boy learns to communicate, using words and sign language.
Despite being lost, the Aborigine boy does not assist the children in returning to civilization. While in the vicinity of a plantation, a white woman walks past the Aboriginal boy, who subsequently ignores her when she speaks to him. She also spots the other children but they do not see her, and they continue on their journey. The children also discover a weather balloon belonging to a nearby research team working in the desert.
The older boy guides the siblings to a deserted farm. He discovers a paved road while collecting sticks in the forest, and excitedly shows the brother. Soon afterward, he hunts down a water buffalo and is wrestling it to the ground when two white hunters nearly run him over in a truck. He watches them shoot several buffalo with a rifle. He returns to the house, catching the girl dressing. He courts her with an intense, silent dance. Although he dances outside all day and into the night until he becomes exhausted, she cannot understand the nature of his dance. In the morning, the brother wakes his sister and tells her their companion is gone. After they wash and dress in their school uniforms, the brother takes her to the Aborigine's body, hanging in a tree. Not fully comprehending death, the boy offers the body his pen-knife. Before leaving, the girl wipes ants from the dead boy's chest. Hiking up the road, the siblings find a nearly deserted mining town, where they are met by a surly white man who tells them of a place they can stay in.
Years later, a businessman arrives at the home of the now grown-up girl; while he relates office gossip, she daydreams, imagining a scene in which she, her brother, and the Aborigine are playing and swimming naked in the deep pool in the outback.