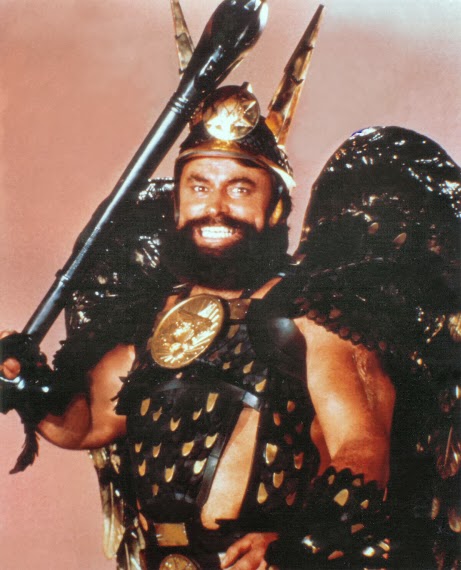 Prince Vulcan, the pirate-smiled leader of the winged bird-like Hawk Men is living proof that being an almost villain, or a
"half-villain" doesn't mean you can't
live a fulfilling and normal life!


Hawk Fever in Seattle continues, and this was the first movie that came to mind this morning as we prepare for the Superbowl against Denver, just moments away now. I thought, what's a good soundtrack/movie for today? 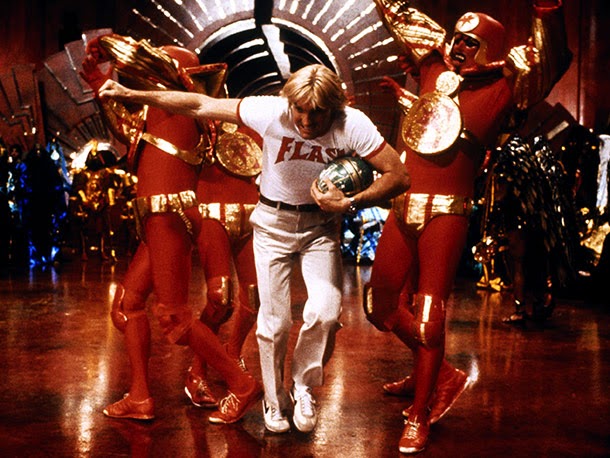 Also, this year I wanted to explore strange love stories, and I'm not sure that this really counts as a love story, but there certainly are some lustful~and hilarious moments, and you could say it was Flash's love for women in general, and Prince Vulcan's love for his many wives that inspired them in their plight to save the world. 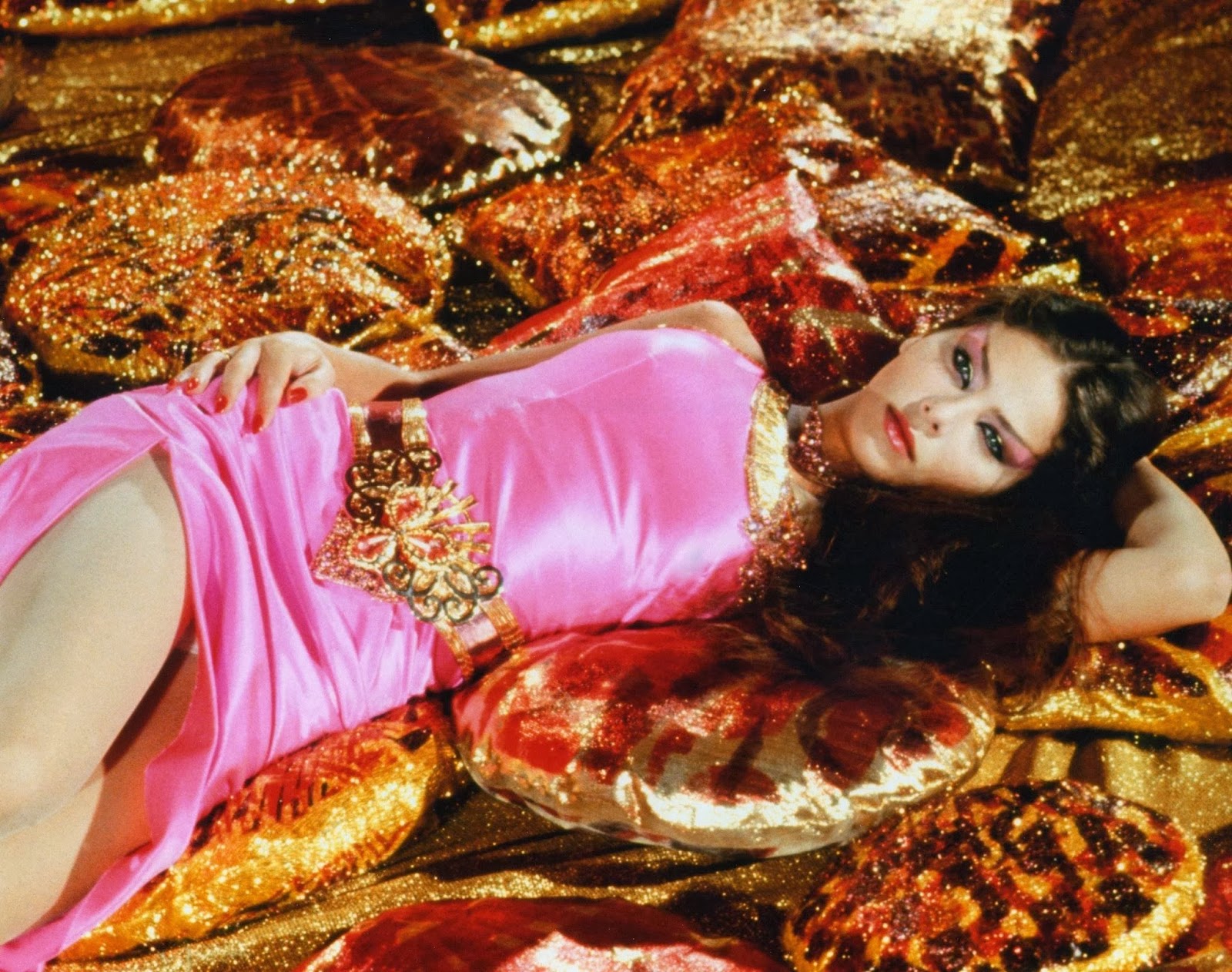 Princess Aura.... Her aura was actually red, but
I wouldn't kick her out of my bed!


In the classic scene where they play football and battle, the woman turns into a cheerleader instantly for Flash, who of is a pro football player back on Earth for the New York Jets. It's especially funny how the Villain tries to "coach" his men, and how Prince Vulcan interferes by tripping them and hitting them on the head with his weapon, and then laughs about it. There was no fear of death at that moment, only sportsmanship~sprinkled with a little love!


Flash implements football tactics to save
Dale, "The Earth woman," after Ming exclaims,
"Prepare her for our pleasure!"

When Princess Aura helps Flash escape,  she talks of her father's battles. He responds by saying, "Why don't they just team up?" She replies, "What does that mean?" clearly not understanding the concept of a "team" -- but she understands the concept of dressing sexy -- those red spandex look amazing on her! 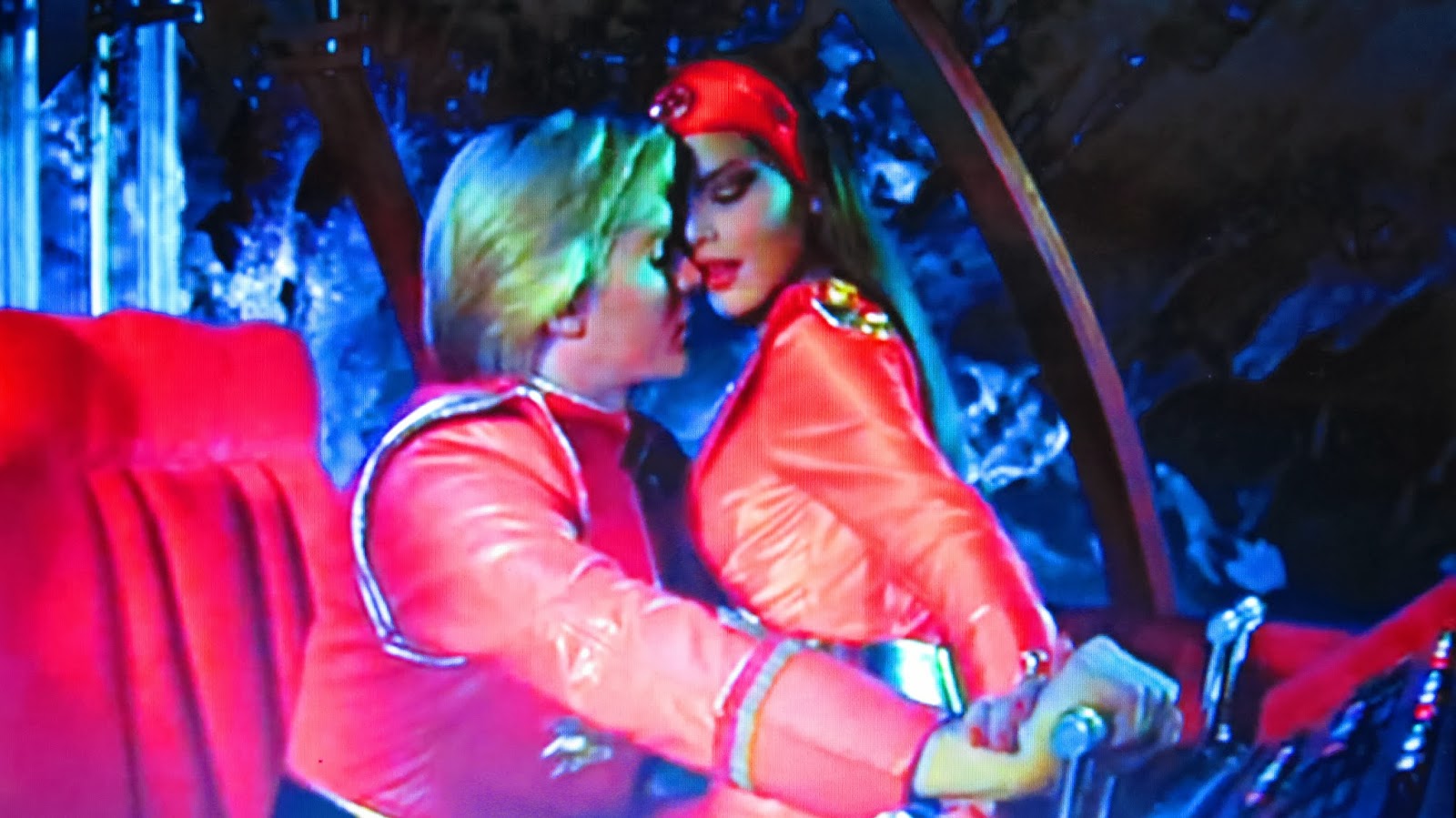 She helps him communicate with the woman who came from Earth with him, Dale, telepathically. 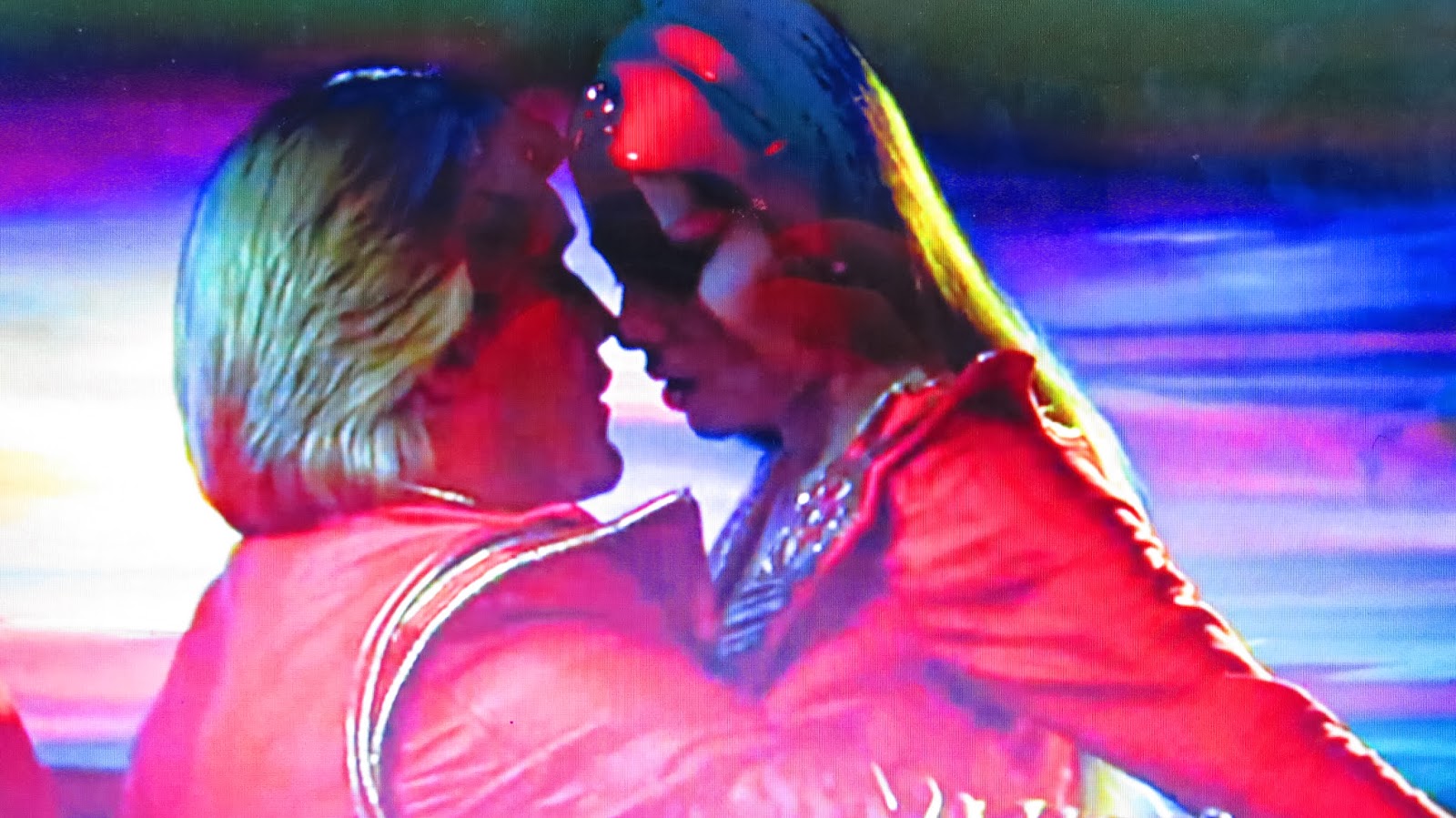 She tells him she has a special place built for two, a little palace on her secret "pleasure moon" she'd like to take him to... 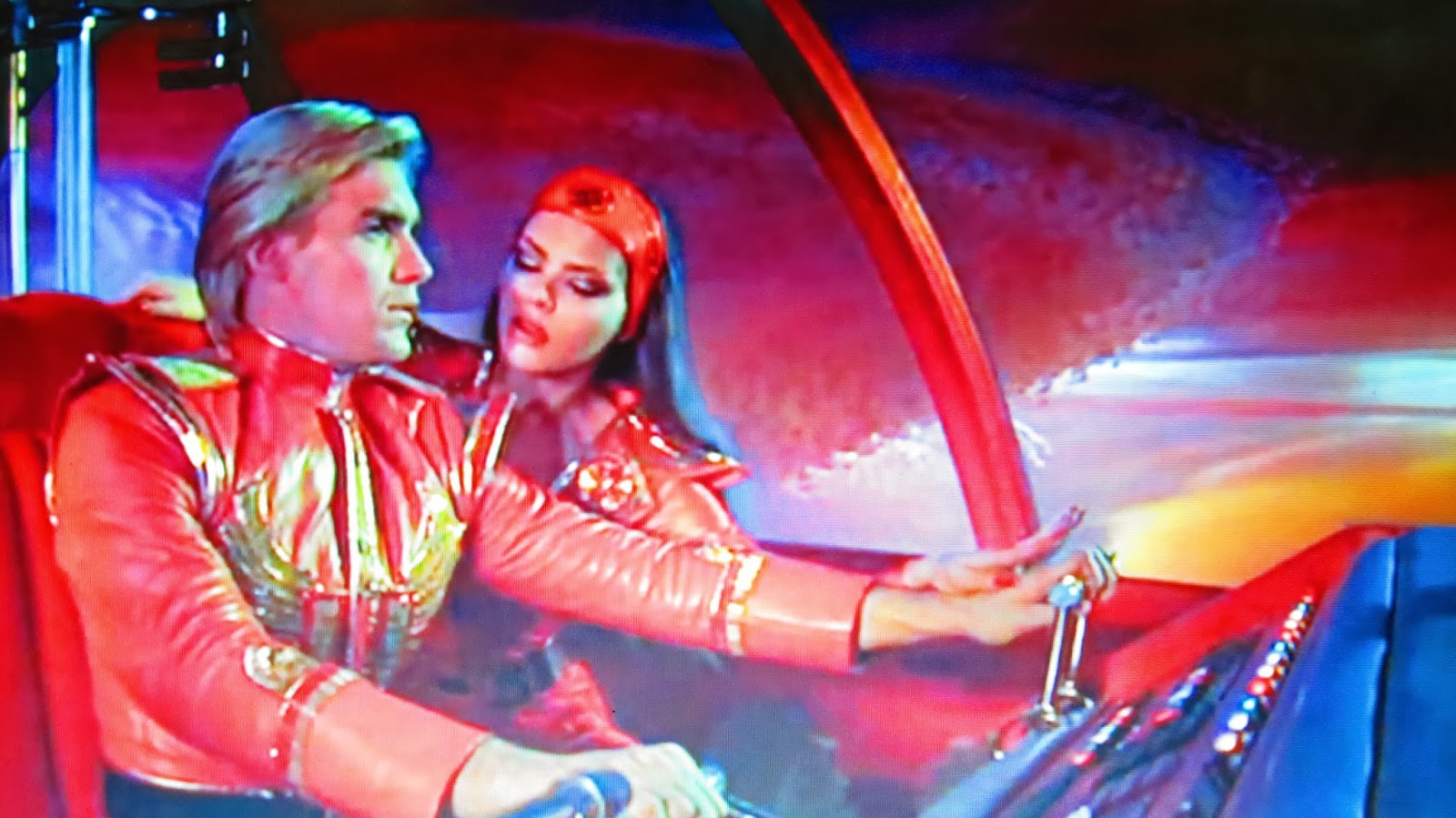 When he rejects her, she reminds him she saved his life with a kiss.