Lost Forgotten Classics on Xanaland: The Man With The Golden Arm 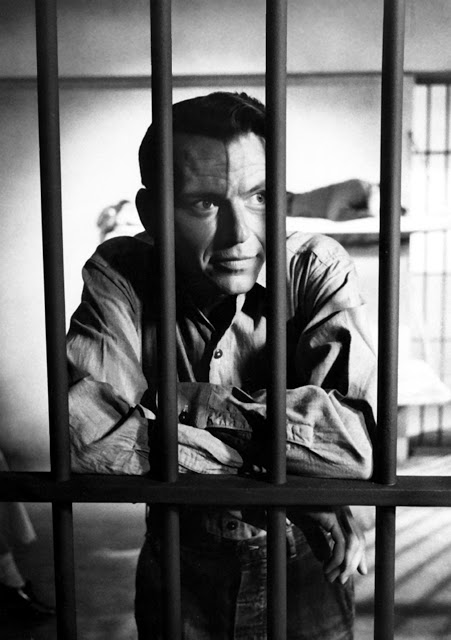 I could not have reviewed this film any better if I tried. Please read the following link....

The Man with the Golden Arm is a 1955 American drama film, based on the novel of the same name by Nelson Algren, which tells the story of aheroin addict who gets clean while in prison, but struggles to stay that way in the outside world. It stars Frank Sinatra, Eleanor Parker, Kim Novak,Arnold Stang and Darren McGavin. It was adapted for the screen by Walter Newman, Lewis Meltzer and Ben Hecht (uncredited), and directed byOtto Preminger.[3]
It was nominated for three Academy Awards: Sinatra for Best Actor in a Leading Role, Joseph C. Wright and Darrell Silvera for Best Art Direction-Set Decoration, Black-and-White and Elmer Bernstein for Best Music, Scoring of a Dramatic or Comedy Picture. Sinatra was also nominated for best actor awards by the BAFTAs and The New York Film Critics.[4]
The film was controversial for its time; the Motion Picture Association of America (MPAA) refused to certify the film[5] because it showed drug addiction. The black-and-white film uniquely portrayed heroin as a serious literary topic as it rejected the standard "dope fiend" approach of the time. It was the first of its kind to tackle the marginalized issue of illicit drug use.[6] Because it dealt with the taboo subject of "narcotics," Hollywood's Production Code refused to grant a seal of approval for the film, and it was released without the MPAA's seal of approval. This sparked a change in production codes, allowing movies more freedom to more deeply explore hitherto taboo subjects such as drug abuse, kidnapping, abortion andprostitution. In the end, the film received the code number 17011.
Director Otto Preminger had previously released a film lacking the Production Code with The Moon is Blue (1953). He told Peter Bogdanovich why he was attracted to Algren's novel: "I think there's a great tragedy in any human being who gets hooked on something, whether it's heroin or love or a woman or whatever."[7]
Frank Sinatra — who jumped at a chance to star in the film before reading the entire script — spent time at drug rehabilitation clinics observing addicts going cold turkey.[8] The script was given to Marlon Brando around the same time as Sinatra, who still harboured some anger at Brando, since the latter had beaten out Sinatra for the lead role in On the Waterfront.

Here is the full movie, indeed a lost classic!