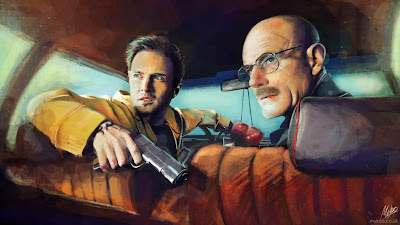 Maybe for any other Breaking Bad fan, saying goodbye may be hard. Of course, me being me, the crazy girl from New Mexico with a rap sheet long enough to wallpaper an RV, this is not such a sad day. It's closure.... I hope. 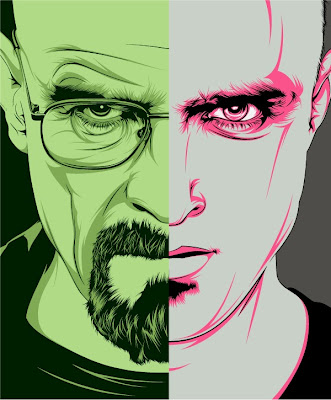 There are more people that know the bad parts of my life story than I'd like, but what can I say, I suppose I came out of it all okay.  About 6 months before Breaking Bad first aired, I got a call from an old friend in L.A.  He sent me some information on the show and since he knew I was from New Mexico and a makeup artist at one time, he thought I'd be interested in trying to get a job on the show. As the months progressed, we chatted and emailed a bunch and when he realized my extensive knowledge of the Albuquerque meth scene, he suggested to one of the writers that they hire me as a consultant of sorts. We joked around about the possibility of me having a cameo also, since at the time they were thinking of a scene where live music would be playing. It was a fun idea and of course I was thrilled at the possibility of being involved. 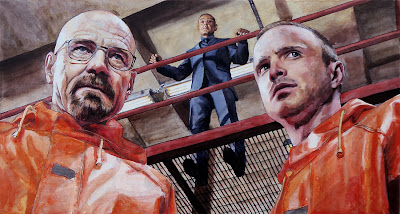 It took me a while to save the money, but I was already planning on moving back there to be with my children.  Unfortunately, I got screwed on the house I rented and so even though I did make it to Albuquerque and was more than ready to work I also didn't know about the SAG card and union requirements I would need to work on the show, so sadly it never worked out. It was still fun to visit the set and hang with the crew and cast. They were always warm and friendly to each and every person. 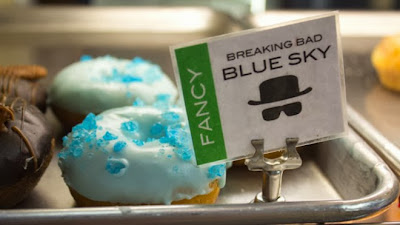 He's a great guy and we have always stayed in touch, he kept me up to date on when they had public filmings, which they did all the time, they would announce it on TV and let the public know they were at certain locations, and even had parties at a warehouse downtown. It was also great to see so many locals get gigs on the show, however small and just knowing they were filming what was sure to be a hit show in my home state was great. New Mexico is one of the poorest states in the country and has no real industry. 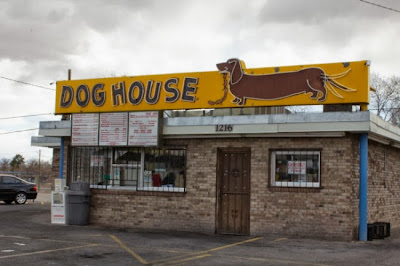 As I was saying, my earlier life in Albuquerque was not the most glamorous. I lived a pretty hard life when I chose to. Much like Jesse, my family has money but that didn't stop me or help me. 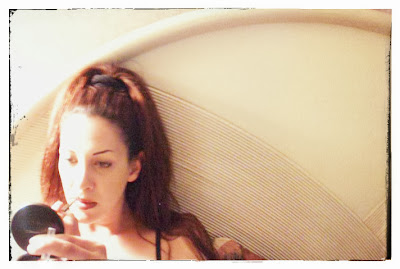 Getting high at a random motel in Albuquerque

Meth was never my drug of choice, but anyone who's done heroin, especially in Albuquerque, knows that it always rears its ugly head.  When I heard about the show, I just knew there would be lots of familiar places I'd see, and lots of familiar scenarios.  Like this place, The Dog House, I can't tell you how many times I scored dope there.  I lived right behind it for 3 years.  Nice apartment, but still, right behind it. 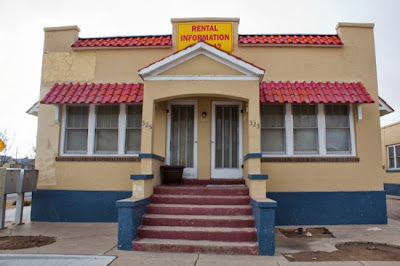 When Jane overdosed in this apartment and her dad had to deal with her death, it really spooked me.  Fortunately, I was clean when I was living in an apartment right down the street from this building, and luckily my dad never had to deal with my using directly, and I never lied to him about it, at least not in the capacity that this girl did, but it reminded me of my life a little too much.  In recovery, dad with money, a straight hard working white man, trying his best to help his daughter, and she just keeps fucking up.  Yeah, been there. 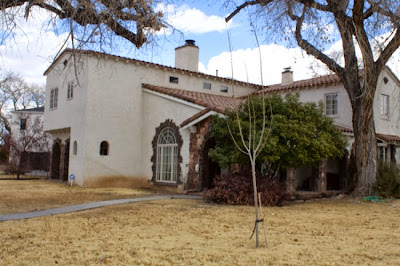 The house they used as Jesse's house, this is also in the downtown area of Albuquerque.  I always lived downtown because it reminded me the most of Seattle.  It's the only neighborhood with big trees and big wood frame houses.  When I saw this on the show I originally thought it was someplace in Nob Hill, but since I had also lived in that area when I lived with my dad in one of the many homes he owns there, I remembered how I always walked around the neighborhood - it's also by the college so there are cafes, restaurants, etc.  Anyhow, I couldn't place the house, so I asked my friend and he said, "No, it's by the zoo in downtown Albuquerque."  Then I remembered seeing it once when I got out of jail.  It's about 8 blocks away from the downtown jail.  Kind of funny thinking if Jesse had really lived there all he'd have to do was walk home when he got out of jail.  It's also oddly very close to the D.E.A. offices! 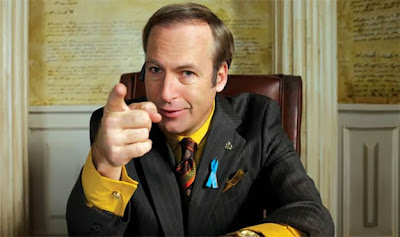 I even had a snake in the grass attorney that my dad was furious at my grandmother for hiring for me.  He could literally get me out of anything.  And like Saul, ended up chased out of town after getting indicted for larceny and a bunch of other stuff.  When judges saw him with me they just shook their heads.  They knew trying to hold me was useless.  He saved my ass time and time again.  If you're going to break the law in New Mexico, you definitely need a guy like Saul! 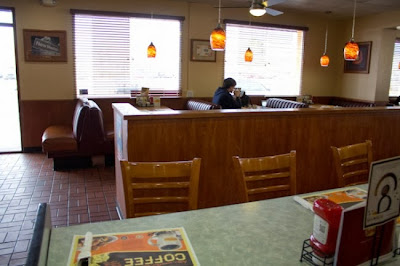 Then there was the winter I worked at Denny's.  Yes, the one they always filmed in.  Beyond strange to see the place I worked when I was clean and even dating a meth cop.  In fact, this is where I met him, really great guy and good friend to this day.  The stories he would tell me!  His task force was one of the best in the country. The D.A. called him "The Nail in the Coffin."  He has a heart though... he really felt for addicts.  His dad was one, so he understood. 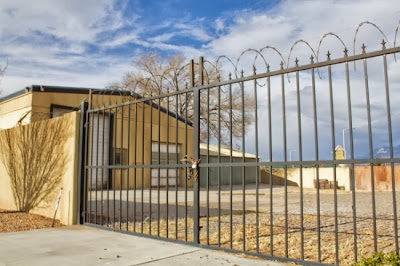 The warehouse which was depicted as home of the alleged "dry cleaners."  I can't tell you how many of these random warehouses there are in Albuquerque.  My dad owns a bunch of them.  In fact the task force I spoke of, he rented one to A.P.D. and they used to joke with him and say, "Now we have to kill you." 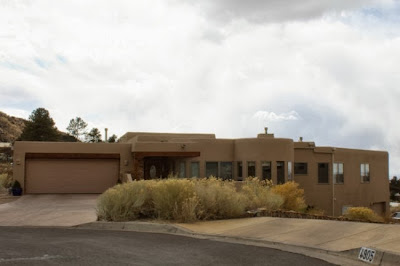 Hank and Marie's house, it's 6.5 miles from my dad's house off Menaul and Tramway.  I recognized the neighborhood right away of course, and for sure this is where most cops like Hank live.  Definitely no drug dealing in this neighborhood.  But it is right by where the pick up spot is, where Walt finally got in the mini van. 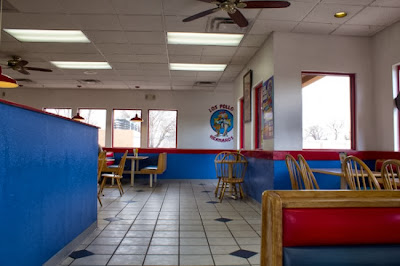 This place is actually called Twisters.  I've been here dozens of times.  I don't know about their chicken, but they make a mean breakfast burrito. 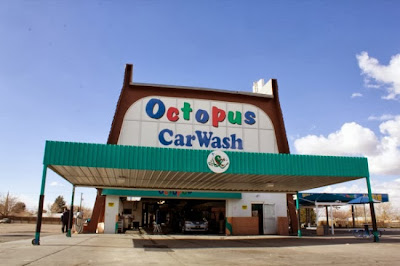 And the old Octopus car wash.  Brilliant idea to make it the place they would invest their drug money.  Really not too many options for white people besides real estate and stuff related to tourism.  Yes, even in New Mexico, most dry cleaners are owned by Asians. 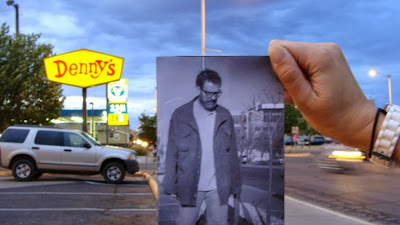 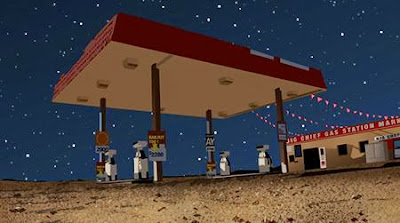 I've been to this gas station a hundred times, and have never not seen
what looked like a meth dealer there. 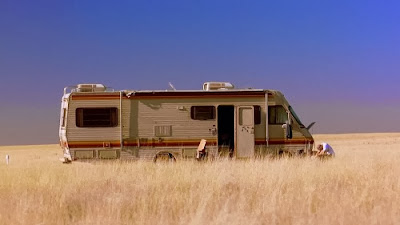 Probably the creepiest experience I had in New Mexico was in the West Mesa where Walt and Jesse first cooked.  This guy, let me just say, he was a pervert.  And since more than a dozen girls' bodies were discovered there in the last few years, I can say I'm obviously not the only one that had a bad experience there.  Thank God I made it out of there alive... and I hope they find the person who killed those poor women, one of whom I knew.

I could tell a lot of grizzly stories of bad experiences in Albuquerque, but maybe it's best to save those for a more private forum, like a book.  I hate meth, and let's face it, even tweakers hate tweakers.  Its no life for anyone and if this show has done nothing else it's taught us that there is no getting away with murder, there is no easy way out of a life of crime, and that drugs ruin all relationships... because the truth always comes out in the end. 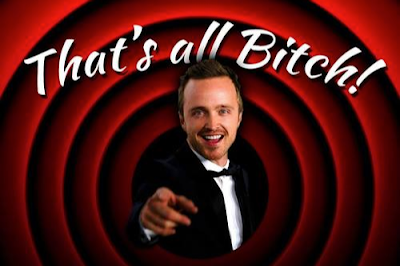 Dedicated to my friend Cinnamon Elks who like Hank, never made it out of the West Mesa.