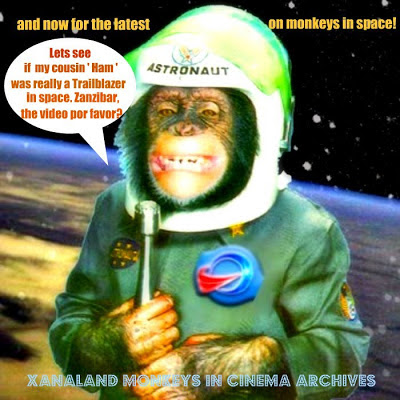 For starters, I'm willing to bet that ' Ham ' would have rather had a real banana rather than a ' banana flavored pellet'. 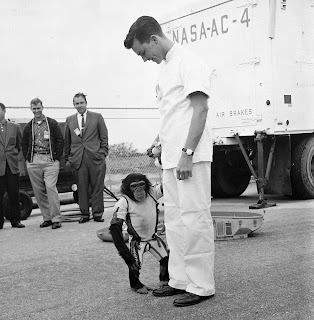 Ham hanging around his Air Force buddies, " like a boss "

" The saga of ' Ham ' , Trailblazer in space, is the story of a 3 year old chimpanzee serving the cause of science. The little chimp has been carefully selected, therally examined, and patiently tutored to help mankind discover weather living creatures can survive travel in space" 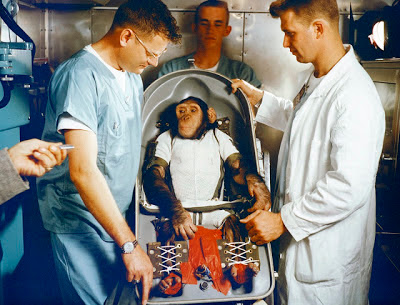 Ham (July 1956 – January 19, 1983), also known as Ham the Chimp and Ham the Astro chimp, was the first chimpanzee launched into space in the American space program. Ham's name is an acronym for the lab that prepared him for his historic mission — the Holloman Aerospace Medical Center, located at Holloman Air Force Base, New Mexico. ( No, not at Area 51 ) 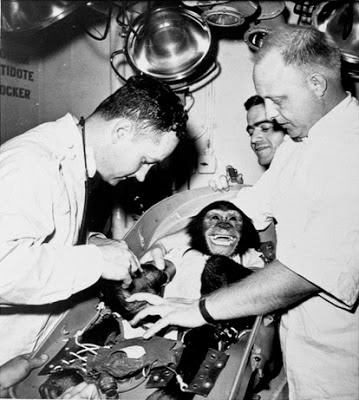 Brave and Cheeky and the same time? Sounds like another monkey we know!

Now I'm no DNA expert, but I'd say that there's a good chance that ' Ham ' and Sancho are related....what a hambone! 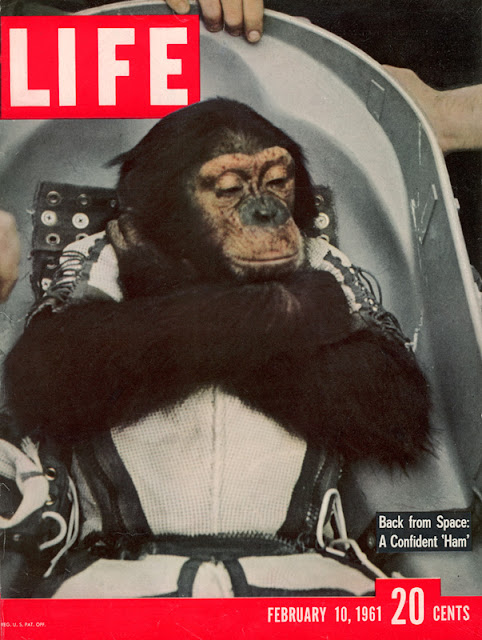 Here's a 10 minute documentary of the historic event