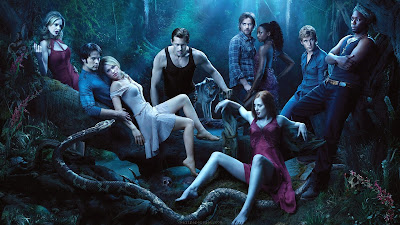 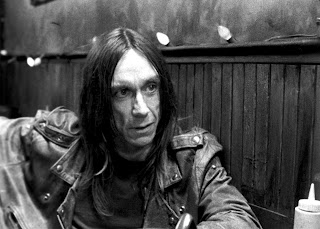 Alabama Shakes dust off the Boys and Girls bonus track "Pocket Change," and Burdon and Rilo Kiley singer Jenny Lewis add their duet "Don't Let Me Be Misunderstood." Iggy Pop and Cosentino team for "Let's Boot and Rally," which was released last year and was written specifically for the show, and My Morning Jacket add "Turn Turn Turn." The Flaming Lips dig up their old outtake "Your Face Can Tell the Future."
True Blood: Music From the HBO Original Series Volume Four will be out on May 28th. The sixth season of True Blood premieres on June 16th on HBO. A full tracklist follows below.
1) "Don't Let Me Be Misunderstood" – Eric Burdon with Jenny Lewis2) "Let's Boot and Rally" – Iggy Pop with Bethany Cosentino3) "What Makes a Good Man?" – the Heavy4) "Smokestack Lightnin'" – Howlin' Wolf5) "Pocket Change" – Alabama Shakes6) "Authority Song" – Bosco Delrey7) "Turn Turn Turn" – My Morning Jacket8) "Your Face Can Tell the Future" – the Flaming Lips9) "The Sun" – the Naked and Famous10) "Undertow" – Warpaint11) "I Wanna Be Your Man" – Mobley12) "(She's a) Wanderer" – Deap Vally13) "Whatever I Am, You Made Me" – Koko Taylor14) "We'll Meet Again" – Los Lobos
Story courtesy of Rolling Stone *
Posted by xanaland at 9:27 AM