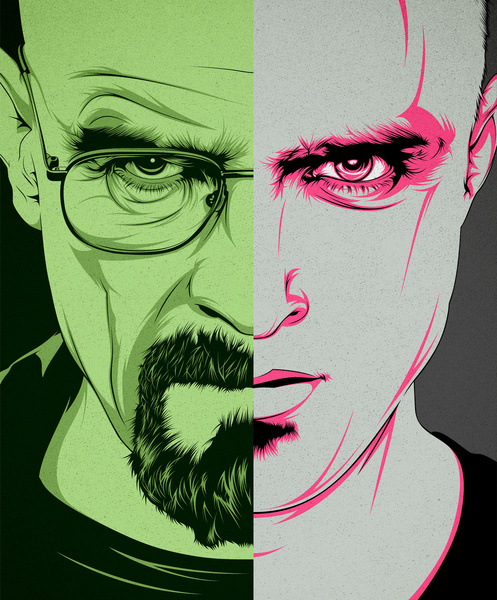 Breaking Bad has unveiled the first new photograph of its upcoming final eight episodes. In it, Walter White (Bryan Cranston) comforts a crying, shaken Jesse Pinkman (Aaron Paul).
'Breaking Bad' Sets Return Date for Final Episodes
Breaking Bad will resume the second half of its fifth season on August 11th. The show's universe won't fade quickly, though, as a spin-off based on the character Saul Goodman (Bob Odenkirk) is currently in the works. Series creator Vince Gilligan will also write and direct the show's very last episode. 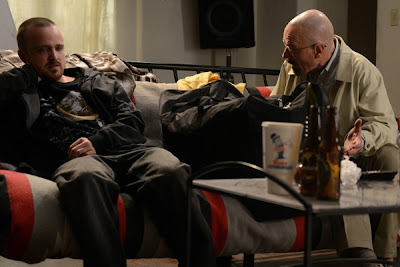 The gritty, complex AMC drama has won stacks of awards since premiering in 2008, including Emmy, Critics Choice, Writers Guild and Television Critics Association trophies. Breaking Bad most recently picked up the Writers Guild Award for Best Drama Series in February, and Paul won the Emmy for Outstanding Supporting Actor in a Drama for the second time last September.
Posted by xanaland at 2:44 PM