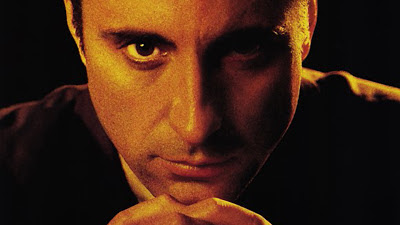 There is no easy way to tell someone their about to get whacked
so why not call it " buckwheat's" hey, give it a name! 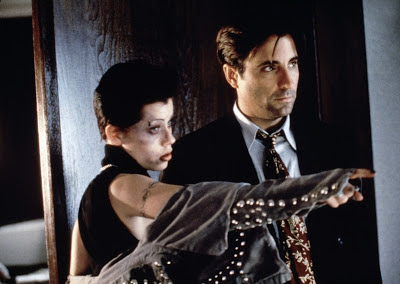 You know, I couldn't find a good review of this film, I was looking for inspiration to write since I am indeed no film critic, my friends would be surprised at some of what I have not seen, but for 'whatever' reason I have always dug this movie. First of all, Andy Garcia is just sexy as hell in this movie. I hated him in Oceans 11, he was such a jerk. The only character I do not like in this is ' Daphnie ' the woman he falls in love with as apposed to the sexy hooker who he ' let's have his seed', since for him it's almost " buckwheat's' time.

Powers Collectibles Things To Do In Denver When You're Dead

The Daphne situation is just boring and seemed totally unneeded in the plot and not someone who the super slick ' Jimmy The Saint " would fall for. Then there's Christopher Walken, ' The Man With the Plan ' 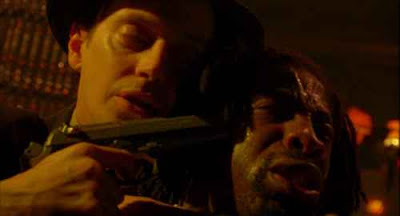 What a role for him. I think it's one of his best. I mean why compare this to a Quentin Tarration movie? I noticed alot of that in the lame reviews I read. It's not like Tarratino is asking Walken to be in his movies, I have never seen any Robert Rodriguez or Tarration project with Walken and so what's the rest of Hollywood suppose to do? Wait around for Quentin to write a role for them? Silly to even compare! And I love the role of Steve Busemi, ' Mr. Shhhh ' I have met some shady gangsters and let me tell you he was totally creepy and way more intimidating with that calm and overly polite demeanor.
I once met William Forsythe when I lived in Hollywood. At the time he was working on The Untouchables and was playing Al Capone. He was a fantastic Al Capone! Totally pulled it off, he would come to this club we all hung out at called Lucky 7. Jeff Goldbloom the actor was in this cool little jazz band, it was one of those swanky places like The Dresden Room, anyhow he would come in in his Al Capone character and it was just fricken hot! A really nice guy too. his name in this is ' Franchise'. I just love witty gangster names! 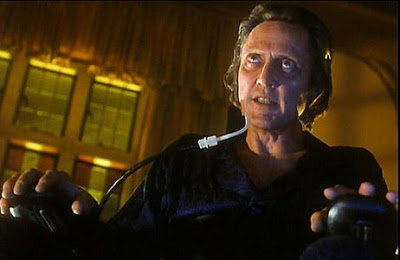 And to say this is not an all star cast, bull hickey! What are Treat Williams and Christopher Lloyd then? Chopped liver?! Critical Bill, forget about it! Fairuza Balk, the hooker with the heart of gold, hasn't had alot of great roles, The Craft is always fun to watch...around Halloween! She is wonderful in this and how lucky she is to have worked with these fine actors!
So here is what I found out that is very interesting 'via WiKi" , The film title comes from a Warren  Zevon
song of the same name from his album ' Bad Example'. He let them use it for the movie under the agreement the song would be on the soundtrack. The name ' Jimmy The Saint' comes from a Bruce Springsteen song ' Lost in the Flood ', There is also a Tom Waits song in the beginning which always sets a dark and sexy mood to a movie.
I think the camaraderie that they have even in the afterlife is what appeals to me. Here is one of my favorite
scenes from the movie. They both know they are as good as dead, ' Jimmy the Saint' makes one last attempt to save his friends life and in this epic conversation learned what really counts in life when Christopher Lloyd simply tells him " We did the things"


And a strange but beautiful plan to make with friends in the afterlife...boat drinks!