A Glance At Great Cinema Moments in From Dusk Till Dawn

As part of the Quentin Tarantino filmography, From Dusk Till Dawn is one of the best. Written by and 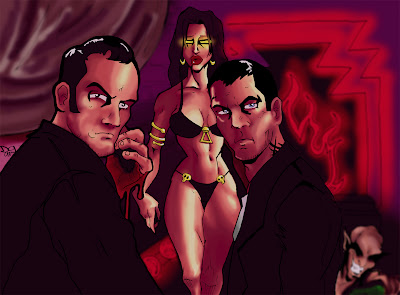 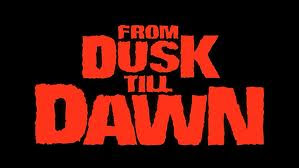 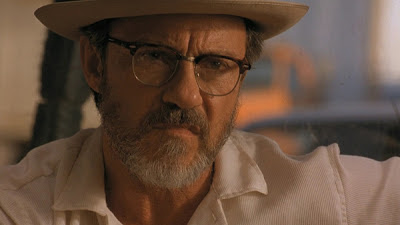 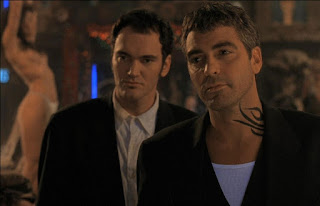 co-starring the man himself and directed by close friend Robert Rodriguez, this is a film unlike any other in QT’s catalogue and is all the better for it.
Made and released in 1996, the film in sandwiched between the period when Tarantino became known the world over (1994), and when he was then expected to deliver all subsequent films to the standard of Pulp Fiction (circa 1997). From Dusk Till Dawn came out at just the right time for writer, director, and star with Rodriguez hot off the success of Desperado, George Clooney breaking into film from the success of TV and Tarantino on his way to Hollywood royalty after Pulp Fiction.
Like Pulp Fiction, Tarantino’s screenplay takes his audience down paths they never thought they’d go down when taking their seat in the cinema, but this may be the only script post-Pulp Fiction where he gets away with including whatever he wants because the expectation wasn’t on him.
At only 103 minutes, the film packs in so much fun, comedy, thrills, and genuinely unexpected twists and turns. From Dusk Till Dawn is the most re-watchable from any of his post-Pulp Fiction scripts because it has nothing to say and is pure entertainment. No statement on human atrocity or power struggles between race, colour, or gender, just humans verses vampires. It’s Tarantino having fun, not trying to mould or force a script to become something more than a film.

And the best scene in the movie goes to! 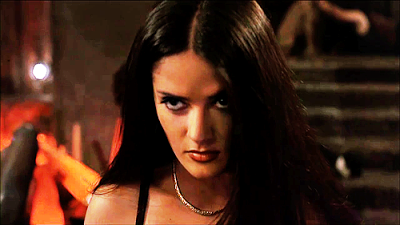 Enjoy and remember...it'd only after dark....