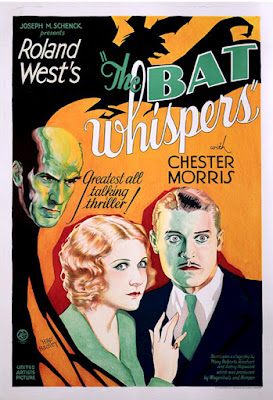 The Bat Whispers is a 1930 American pre-Code mystery film directed by Roland West, produced by Joseph M. Schenck, and released by United Artists. The film is based on the 1920 mystery play The Bat, written by Mary Roberts Rinehart and Avery Hopwood, and is the second film version by the same director, previously adapted in 1926. An early talkie and one of the first widescreen films, West financed the cinematography, which required two cameramen, several techniques and was once a lost film but thanks to the duplicate filmstock was restored in 1988.

What? You don't have a fireplace to add to the spooky atmosphere?! here ya go!

(Via Wiki )
Plot~
A mysterious criminal by the name of "The Bat" eludes police and then finally announces his retirement to the country. read more

Posted by xanaland at 7:45 PM No comments:

The Haunting of Hill House & The Dreams That Followed 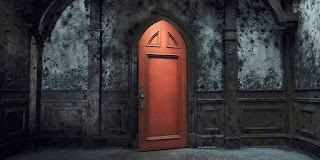 Does every house have a red room?

Subscribe to this blog to read on October 31st
Posted by xanaland at 11:28 AM No comments:

There's No Such Thing as Santa Claus or a Bad Elvis Movie! May as Well Watch an Elvis Movie! 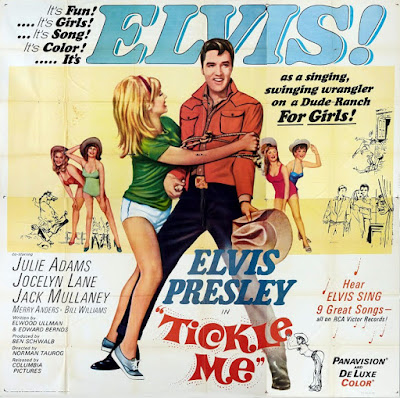 All you need to know is that this involves an all female dude ranch and  Elvis! Does it get any campier than that!? Okay here's more.... 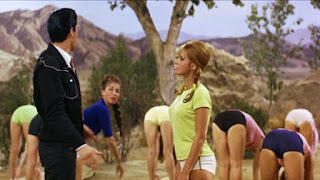 My goodness what a life Elvis had

More on Tickle Me~ via the always awsome WiKi: onnie Beale (Elvis), an out-of-work rodeo star with a heart of gold, is trying to make ends meet until the season starts up again. He comes to the town of Zuni Wells (a fictional town somewhere in the American West) because a friend says Lonnie can get a job on a ranch, but his friend is nowhere to be found.

Having no other option, Lonnie begins singing in a local club, but he gets fired after a fight with one of the customers. Vera Radford (Adams) sees his performance and offers a job at a ranch she runs called the Circle-Z to take care of the horses. The Circle-Z is not what Lonnie expected, though; it is a guest ranch where actresses and models go to lose weight and to get in shape, a fitness salon, referred to as "Yogurt Gulch."
read more:

When's the best time to shop for Christmas? Why the day after of course! Get ready for next year now and order all your friends and co workers this delightful Elvis nutcracker!
To order click here! 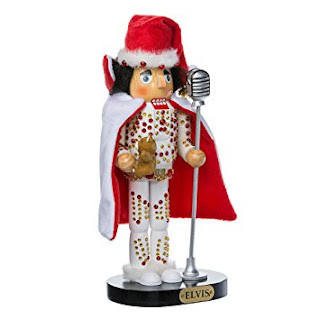 Remember to select Shine Music Project as your non-profit to support on Amazon's Smile Affiliate Program, something we have participated in for 2 years before the program was actually created! Learn more about Shine HERE

Posted by xanaland at 4:13 AM No comments:

" The Hitch-Hiker " on 31 Days of Classic Horror Films 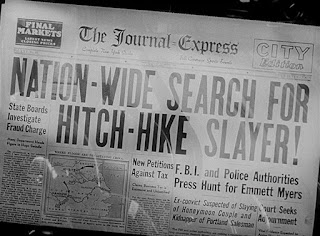 The film opens with a wordless prologue obscured by darkness. The eponymous killer, posing as a hitchhiker, goes on a murderous spree. His body count climbs but is hidden offscreen, suggested by a woman’s purse falling from a car or an ominous shadow cutting across car door. Neither the killer (renamed Emmett Myers and played with psychotic quiet by William Talman) nor the extent of his crimes are revealed until he’s picked up on a pitch-black highway by two unwary fisherman, Gilbert Bowen (Frank Lovejoy) and Roy Collins (noir veteran Edmond O’Brien). From this simple premise - three men, one gun, and a car on the border to Mexico - Lupino spins a story of survival and sadism. 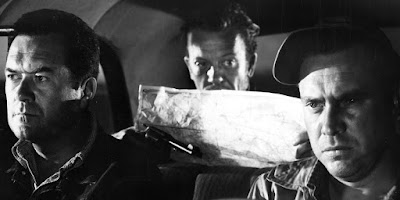 Read more HERE in this great little piece about female film maker and Ida Lupino. I always say " I could hang out on my film blog and write about movies, TV shows and anything related all day " 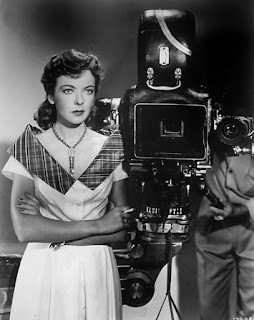 I also chose this film to tease my editor on Xanaland who goes by the name Hitch Hiker on social media...gotcha
girl ha ha ha! 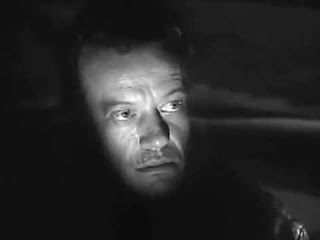 In case you don't have a fireplace....

Posted by xanaland at 6:37 AM No comments:

Halloween Horror Flicks to Die For! The Most Dangerous Game~ Watch it Here! Made in 1932 with Real Actors on a Real Set!

The personal philosophy of Russian Count Zaroff (Leslie Banks) as he prepares to hunt down human prey Bob Rainsford (Joel McCrea) on a remote island in the motion picture The Most Dangerous Game (1932).
After a shipwreck, the Count and his assistant rescue a number of survivors and invite them to the comfort of his mansion on Baranka Island. Soon, the survivors dwindle in number and the remaining surviviors discover the Count is a mad and using his guests as reluctant participants in an usual big game hunt. “I have invented a new sensation.”
Giving his human prey a head start, the Count cries, “First the hunt...then the revels” as he follows closely behind with snarling dogs and bow and arrow.

Unfortunately, for the Count, his prey becomes the hunter. As the Count admits defeat (“Yes...yes I insist you have beaten me.”) Rainsford stabs him to death.

"This world's divided into two kinds of people: the hunter and the hunted. Luckily I'm the hunter. Nothing can change that." - Bob Rainsford

In other great movie quotes!  In the film Flesh for Frankenstein (1974) Udo Kier as Baron Frankenstein says, “To know death, Otto, you must first fuck life in the gall bladder!”

Posted by xanaland at 1:41 PM No comments: 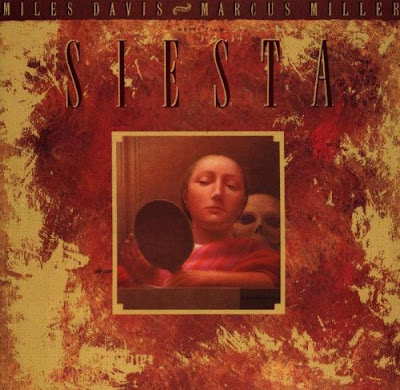 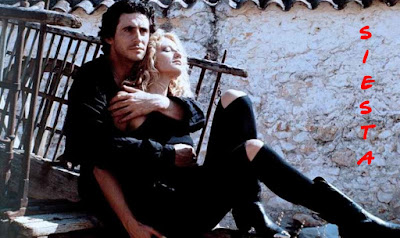 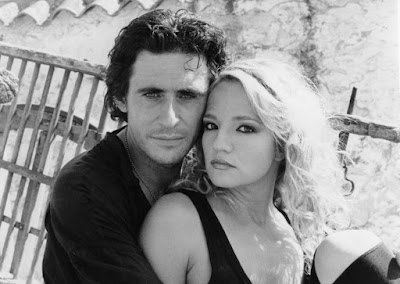 Read more »
Posted by xanaland at 7:10 AM No comments:

100 Macabre Songs for Your Halloween Playlist~Including All the Dark Soundtrack Songs We Wait All Year to Play! 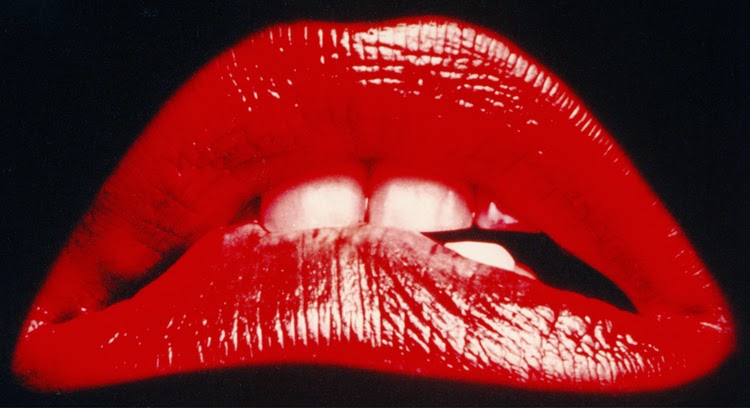 As I was making a playlist  for Xanaland's upcoming party that we have monthly for our local musicians and friends, I realized I had actually come up with a great song list that must be shared. It was super fun to make and tells me a lot about myself, as I have special memories that go with many of the songs. I originally had 130, but narrowed it down to the 100 best. I chose music in the beginning that would be sort of the Halloween cooking music, if you will, and then got more into the traditional Halloween classics like The Munsters theme song, and found some great vintage goodies like the ones used in spooky Betty Boop cartoons; then it goes into the best songs from dark movie soundtracks, like the song by Tito Y Tarantula: After Dark,which is featured in Robert Rodriguez/Tarantino's "From Dusk Till Dawn ."
Read more »
Posted by xanaland at 5:36 PM No comments: